No smoke alarm present in nearly 1,500 local fires over past 10 years, 488 too far from the fire to be effective

How many smoke alarms do you have and do they work? 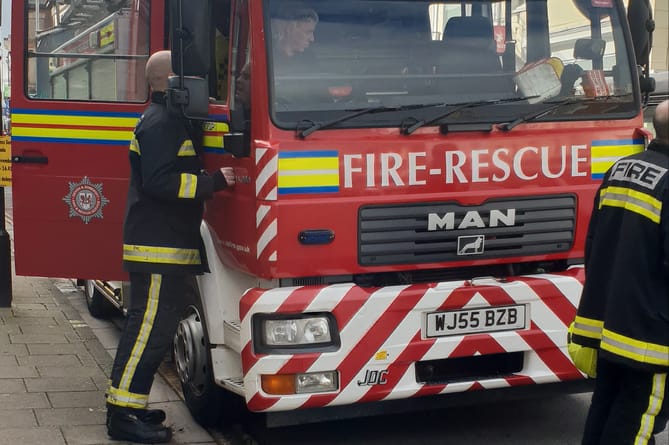 This month Hereford and Worcester Fire and Rescue is encouraging Ross-on-Wye residents to make sure they have enough smoke alarms in the home and that they work.

It only takes a few seconds and saves lives. Many people see January as an opportunity to look ahead, and that should include fire safety.

So, this month HWFRS is encouraging Ross residents to make sure they have enough smoke alarms in the home and that they work.

The latest fire statistics reveal that one smoke alarm may not be enough to provide you with the best chance of escaping a fire in the home, while research shows that only 26 per cent of all households who own an alarm test them on a regular basis.

Fire crews rush to save woman from River Wye

It’s clear that most people know a working smoke alarm can save lives by providing those vital few seconds needed to escape a fire in the home.

Despite the majority of homes nationally (over 90 per cent) having at least one working smoke alarm, smoke alarms only alerted householders to well under half of all fires in the home in England.

Smoke alarms failed to activate most commonly because the fires were outside their range.

In Herefordshire and Worcestershire between 2012 and 2022, there was no smoke alarm present in nearly 1,500 fires, while some 488 were too far from the fire to be effective.

In 243 cases the fire crews could not be certain whether a smoke alarm had been fitted and therefore whether this might have affected the outcome.

Moreover, 70 alarms had a battery missing and the detector was removed in 32, while another 32 had a defective battery and 23 had a fault in the system.

The Government now legally requires all housing providers to install smoke alarms in all social housing, while carbon monoxide alarms must be fitted in social and private rented properties with fixed appliances such as gas boilers or fires (find out more at All social homes required to have smoke alarms fitted GOV.UK.

For these reasons, the Fire Kills campaign and HWFRS is encouraging people in the two counties to start the new year by having a think about the smoke alarms in their home.

Emma Roberts, HWFRS Head of Prevention, said: “We must all make sure that we have enough smoke alarms to cover the whole of our homes. If you don’t have enough, or they’re not in the right place, you might not be alerted in time.

“The vast majority of us now have at least one smoke alarm in our homes, but early detection and warning is vital to reduce the devastation a fire in the home can cause.

“That’s why it’s so important we have enough smoke alarms and that they’re in the right place to have the best chance of alerting you and your loved ones to a fire.”

Emma added: “Please ensure you have at least one smoke alarm on every level of your home, preferably in hallways and landings. And placing smoke alarms near sleeping areas and in rooms where there are electrical appliances could give you the extra warning you need.

“Don’t forget that smoke alarms don’t last forever. The power might work, but the detection mechanism deteriorates with time. So, whether they’re battery operated or wired to the mains, to work at their best they should be replaced every ten years.”

HWFRS wants us all to take on board these smoke alarm top tips:

HWFRS is also urging carers and people who keep a close eye on less able relatives to check that these homes have enough smoke alarms and that they are in the right places too.

Please don’t ignore a neighbour’s bleeping smoke alarm – it could well be a real fire and they might not have heard it.

“And finally,” added Emma, “don’t forget to test each of your smoke alarms regularly: Test it weekly on a Tuesday!”

There is more relevant fire safety advice at hwfire.org.uk/safety-and-advice/home-safety.

Why not book up a FREE Home Fire Safety Visit?

During the visit, crews and technicians will be able to talk about home safety, escape planning, and much more, so if you would like to see if you qualify for a free visit, call any time between 9am and 5pm on 0800 032 1155 and speak an expert for help and advice.

Home Fire Safety Visits can give advice on:

For more information on home fire safety, and to watch our Safe and Well film, visit hwfire.org.uk/safeandwell.