Anyone fancy a party at the Phoenix Theatre? 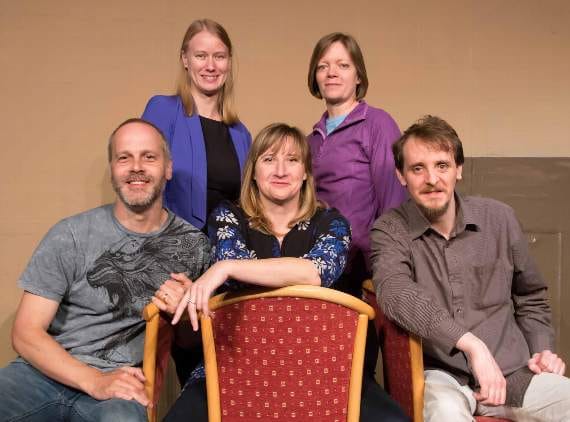 The Phoenix Theatre in Ross-on-Wye are getting set to perform their Summer Production and it promises to be a fantastic night’s entertainment. Winner of Best Play 2017 at the West Midlands NODA (National Operatic and Dramatic Association) awards – Director Renee Field returns with the smash hit comedy Abigail’s Party by Mike Leigh. A play that made Alison Steadman the household name she is today.

Six things you can do to help yourself, your loved ones, and the NHS this winter

Laurence, an estate agent and Beverly, a would-be social climber have invited new neighbours Angela and Tony over for drinks, together with Susan from number nine, whose daughter Abigail has taken over their house for a party. Over drinks and snacks, clichés and fatuous small talk abound, the tension escalates as the marital strain between Beverly and Laurence begins to surface. Susan’s anxiety over Abigail’s party accelerates as rock music and goodness-knows-what permeate the room, as Beverley and Angela offer up supremely tactless remarks. Until eventually reality breaks through their smugness culminating in an evening of hilarious and embarrassing revelations.

The production will be running from Saturday, June 2nd to Saturday, June 9th. Tickets are now on sale and can be purchased from The Box Office at Rossiter Books 01989 564464 or online at: www.ticketsource.co.uk/thephoenix