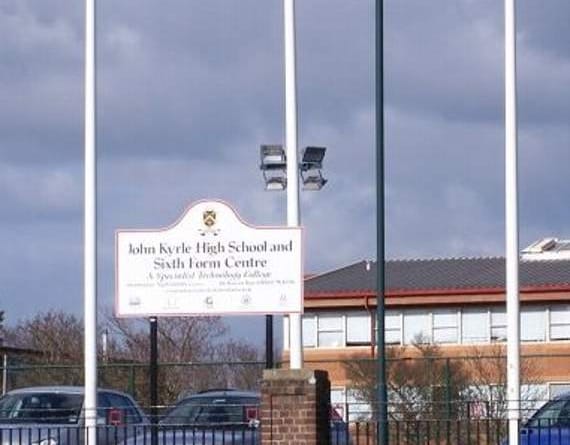 John Kyrle High School, one of the schools affected ()

Anthea Macintire’s comments reported on your front page raise rather more questions than they answer.

Her regret and concern are directed towards the immense losses incurred - losses consequent on serious shortcomings in both management and governance at John Kyrle. No regrets for the wanton destruction of the careers of so many fine teachers, or the consistent failure of governors in their duty to challenge and properly oversee management.

As a direct result of the Employment Tribunal Judgement of October 2020, the Members commissioned a review of governance at the school which appeared in March 2021. They have refused numerous Freedom of Information requests to release this document, which was, however, revealed to the Employment Tribunal. It allegedly reveals grave shortcomings of governance and also serious misconduct and poor professional behaviour on behalf of the former headteacher.

The two headteachers remained in post for over a year after this and other debacles and were simply allowed to ride off into the sunset to enjoy the pension benefits of their grossly inflated salaries.

Teachers in Wales set to strike over pay and funding

A number of formal complaints made to the Trustees and Members about staff misconduct have been brushed aside with no indication of disciplinary action against the staff concerned. Indeed, had the brave ex Head of Drama not shown the courage and tenacity to see the matter through, little of this misconduct would have seen the light of day.

Most of the leadership group played some part in the concocted dismissal of Mrs Lucas. None appears to have raised any concerns about this or any similar cases. None appears to have had their actions questioned. Almost the entire discredited team remain in post to this day. The Tribunal gave the teacher the law: the Trustees could and should have provided the justice which was in their gift.

The recent Ofsted report noted that ‘as a matter of priority, governors should….know how to hold leaders to account’.

High time the Trustees considered their position and did the honourable thing.