For one day, Ross was the hottest place in the south-west 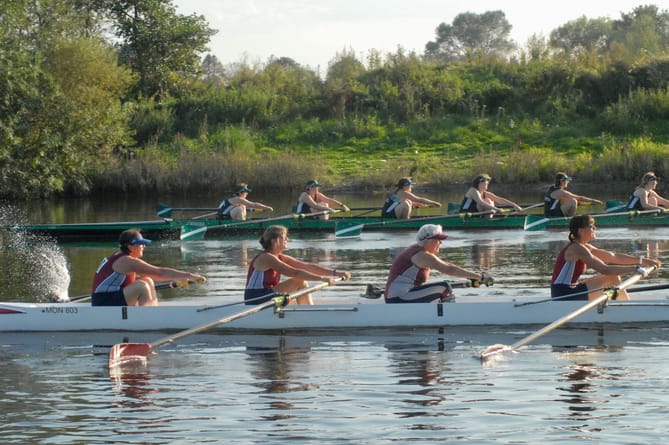 In the wake of the second heatwave of the summer, it has been revealed that Ross-on-Wye suffered substantially worse than most, topping a list of hottest places in the south-west last week.

The Met Office released a list of the six highest temperatures in the south-west of England, August 9, with Ross-on-Wye at number one with 30.1 celsius; with Yeovilton, Coton in the Elms, Wiggonholt, Pershore, and Merryfield making up the rest. Record temperatures were measured at 40.3 celsius in Lincolnshire.

Monitoring equipment at Hereford showed Wye water levels had fallen to 2cm, incredibly short of the usual depth for that part of the river which is usually 3.3m deep.

Retired Environment Agency manager and Herefordshire river expert Dave Throup shared the concerning context around the levels of the Wye, particularly in comparison to the well known drought of 1976.

Gritters and rescue services prepare as flood may turn icy

He said that the vital difference was that the drought of 1976 was the result of 18 dry months leading up to it and not the six dry months leading up to this heatwave. The summer, autumn, and winter of 1975 and into 1976 were very dry. The last 18 months from now has been drier than average but nothing like the anomaly of 1975 and 1976. Going into the summer of 1976, as a result of the dry autumn and winter, there had been little topping up of soil moisture.

He added that in contrast, this year we went into spring and summer with a more reasonable water resource situation. So the fact that after the last six months, the historically low water levels is concerning. “Of course, the situation could easily be sorted by huge autumn and winter rainfall. Entirely possible in modern climate. But latest long term signal is for a drier six months. If that were the case we’d truly be in trouble in 2023. 1976 would look like a picnic.”

River Wye campaigner Angela Jones has said that people should not be kayaking, paddle boarding, or canoeing in the Wye when levels are this low. She urges all businesses and river users to consider their impact on the river and wildlife. Riverbeds, where still water covered, are currently coated with extensive algae layers which are slippery and the water quality is poor for leisure use.

She added: “Entering the water will also add to stressful conditions already being experienced by the fish and wildlife in the rivers. Please care for our rivers.”