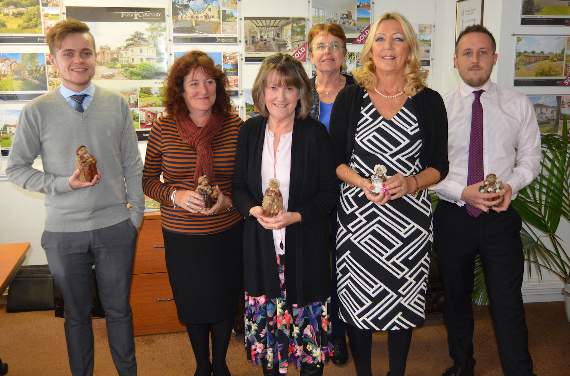 The team at Parry's

The team at Parry’s Property put on the winning window display for this year’s Hedgehog Festival.

That little window on a £20 note is Tintern Abbey

Did you witness a four vehicle collision in Tidenham?

She added:?“The judges weren’t able to agree on a runner up, because there were so many good entries this year.”

Natasha James is another member of the Hedgehog Festival Committee. This year, Natasha encouraged lots of local businesses to get involved with this year’s festival by decorating their window displays.

On Wednesday, October 12th, Natasha presented Christine Robbins, the office manager at Parry’s Ross-on-Wye and window dresser, with a certificate and a small prize. They were joined by the Parry’s team, who exhibited some of their loveable hedgehog characters that had captured the hearts of the judges.