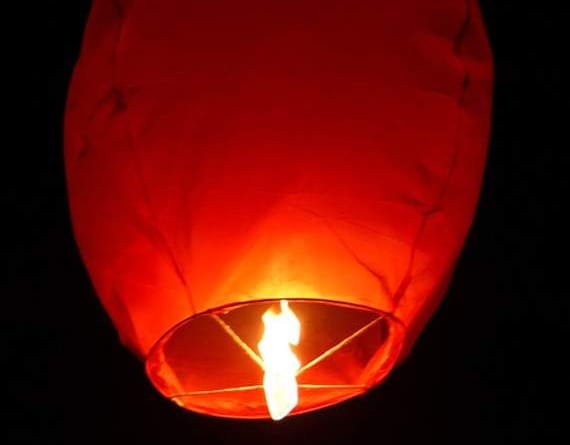 The Forest of Dean District Council has banned the release of Chinese lanterns on land owned by the authority. While they may look attractive in the night sky they pose an extremely significant hazard when they return to ground level.

Councillors meeting on 6 December agreed that the devices – often a simple paper bag over a rigid frame with a fuel source to provide lift – were becoming increasingly popular during celebrations. However, they noted that the used lanterns can kill or maim animals when they ingest them after they have descended to the ground, often causing a slow and painful death. Additionally, they are a severe fire risk and one reported blaze caused by a lantern required 200 firefighters to deal with it.

Commenting on the decision to ban the use of Chinese lanterns, Forest of Dean District Council leader Cllr Tim Gwilliam said,

“The lanterns are often seen as a gentler alternative to fireworks, but the potential risks they carry are high and although they are not banned outright in the UK it should only be a matter of time as their use is already forbidden in Germany and Australia.

“Our ban on launching them from Council-owned land in the Forest is in line with the actions taken by many other local authorities across the country. On a wider front, we do not recommend their use because of the fire hazards and risks they pose to property, crops, livestock and the environment.

“We will also be providing advice and guidance to organisers of events and will use the Council’s licensing regime to promote a voluntary ban on the use of lanterns.”