Health chiefs reassure parents in Wales over Strep A concerns 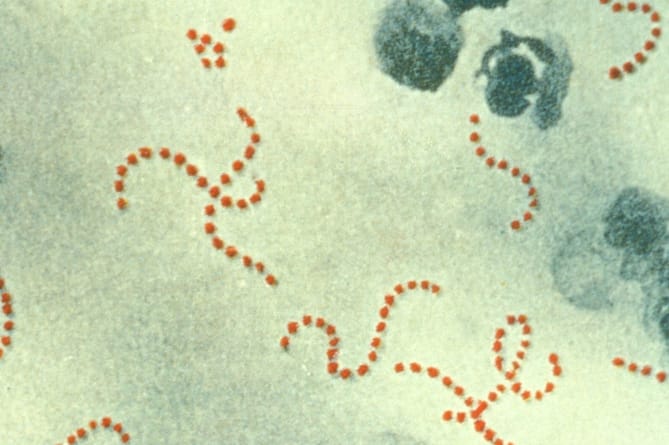 HEALTH chiefs in Wales have moved to reassure parents over the dangers of Strep A following the death of a child in south Wales.

Seven children have lost their lives to their lives in England and Wales since September from nvasive Group A Streptococcal disease (iGAS), or Strep A, including seven-year-old Hanna Roap from Penarth.

Public Health Wales has today issued a statement reminding parents that cases of invasive group A streptococcal infection (iGAS) remain rare in Wales, and that children have a very low risk of contracting the disease.

The reminder comes after the UK Health Security Agency (UKHSA) and Public Health Wales confirmed a number of deaths from iGAS, a rare complication of group A streptococcal infection.

Six things you can do to help yourself, your loved ones, and the NHS this winter

Take responsibility to double up with seasonal jabs

In most cases, infection with streptococcal A causes scarlet fever, usually a mild illness.

There has been an increase in scarlet fever this year. In the UK, there were 1,512 notifications of scarlet fever between January and October 2022, compared to 948 in the same period in 2019.

Dr Graham Brown, Consultant in Communicable Disease Control for Public Health Wales, said: “While we understand that parents are likely to be worried by reports they are seeing related to iGAS, the condition remains rare.

“Cold and flu like symptoms are very common at this time of year, especially in children. Most will have a common seasonal virus, which can be treated by keeping the child hydrated, and with paracetamol.

“Some children with cold and flu like symptoms - sore throat, headache, fever - may be experiencing some of the early symptoms of scarlet fever, which also circulates at this time of year. These children will go on to develop scarlet fever specific symptoms, including a fine pink-red rash that feels like sandpaper to touch, and parents should contact their GP.

“While scarlet fever is more concerning, it is still usually a mild illness from which most children will recover without complications, especially if the condition is properly treated with antibiotics.

“In very rare cases, group A streptococcal infection can cause iGAS, a rare complication which affects fewer than 20 children in Wales each year. Although iGAS is a worrying condition, the majority of these children will recover with proper treatment.

“The best thing that parents can do is to provide the care they would usually provide for a child with cold and flu like symptoms, but to familiarise themselves with the symptoms of scarlet fever and iGAS as a precaution.

“It is also important that children from two years upwards are protected from seasonal flu, and have the vaccine.”

The symptoms of scarlet fever include a sore throat, headache, fever, nausea and vomiting. This is followed by a fine red rash, which typically first appears on the chest and stomach, rapidly spreading to other parts of the body. Older children may not have the rash.

On more darkly pigmented skin, the scarlet rash may be harder to spot, but it should feel like 'sandpaper'. The face can be flushed red but pale around the mouth.

Parents who suspect their child has symptoms of scarlet fever are advised that they should:

• Keep their child at home, away from nursery, school or work and follow any guidance provided by their GP on how long they should remain absent from these settings.

• Redness at the site of a wound.

Parents are being advised to contact their GP or get medical advice straight away if they think their child has any of the signs and symptoms of iGAS disease.