Herefordshire residents need photo ID to vote at elections in May 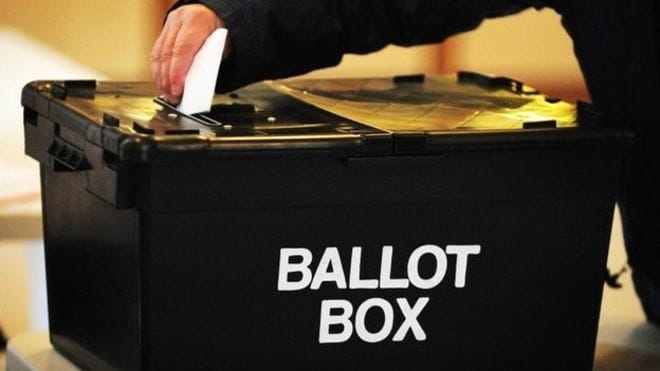 For the first time, residents in Herefordshire will need to show photographic ID to vote at this year’s local elections. Residents are being urged to make sure they are ready to vote in May by checking they have an accepted form of ID.

The requirement to show photo ID at the polling station is introduced by the UK Government’s Elections Act which was passed last year and comes into effect for the first time this May.

This will affect all electors who vote in person or by proxy, at the next local Council elections on Thursday 4 May 2023.

Electors or their proxy must bring a suitable form of photographic ID to their polling station before they are given a ballot paper. The most commonly used forms of accepted ID include: passport issued by the UK, any of the Channel Islands, the Isle of Man, a British Overseas Territory, an EEA (European Economic Area) state or a Commonwealth country; photographic driving licence issued by the UK, Channel Islands, the Isle of Man, or an EEA state (including provisional); European Economic Area photographic ID Card; UK Biometric Residence Permit; an identity card bearing the Proof of Age Standards Scheme hologram (PASS card); a Blue Badge; Oyster 60+ Card; a concessionary travel pass funded by HM Government or local authority (for example, Herefordshire Council Bus Pass, Disabled Person's Bus Pass).

Herefordshire pulls in over £6.6m of investment

Anyone who does not have one of the accepted forms of ID is able to apply for free ID online at voter-authority-certificate.service.gov.uk or by completing a paper form.

If you have a form of acceptable photo ID but it is out of date, you can still use it to vote at a polling station if it still looks like you. You will only need to show one form of photo ID, but it has to look like you and be the original version and not a photocopy.

Postal electors will not be affected and will be issued with their postal ballot papers as usual. If electors choose to vote by proxy, the proxy will need to take their own identification to the polling station.

If you don't already have an accepted form of photo ID, or you're not sure whether your photo ID still looks like you, you can apply for a free Voter Authority Certificate. See the Gov.uk website at: www.gov.uk/apply-for-photo-id-voter-authority-certificate

If you need any help with applying for a Voter Authority Certificate or want to request a paper application form, email [email protected]

Voters who do not produce a Voter Authority Certificate, or a form of acceptable photo ID will not be allowed to vote on the day.

Further information can be found on the Herefordshire Council website at www.herefordshire.gov.uk/elections-1/forthcoming-elections-referendums/8

Anyone who wants to have their say in the elections this May must also be registered to vote. It only takes five minutes to register online at www.gov.uk/register-to-vote. Voters wishing to apply for a voter authority certificate should first make sure they are registered to vote.