The story of why nearly everyday is associated with a saint, Linton and District History Society

By Letter to the Editor
Wednesday 30th November 2022 9:00 am
[email protected]
Share 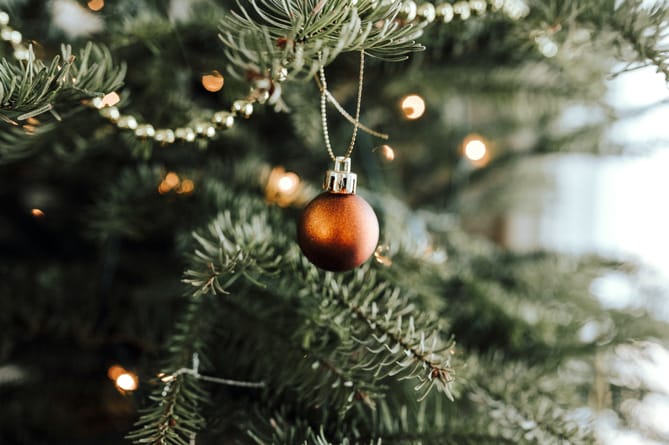 Christmas is fast approaching. Indeed, in some European countries that celebrate Christmas around St. Nicholas Day (6th December) it is just a week away! For children in Belgium and the Netherlands the main celebrations are held on St. Nicholas' Eve when Sinterklaas brings them presents. St Nicholas was a third-century saint known for selling all his possessions and giving his money to the poor. He became the inspiration for the modern-day Santa Claus. Santa’s name is derived from Sinterklaas or St Nicholas. Traditionally, the Christian church has organised its liturgical year by associating each day, referred to as a feast day, with one or more saints. In the official “calendar of saints” the 6th December is the feast day of St Nicholas.

Have your say: Take our property survey for a chance to win

Jesse Norman MP to defend his seat at next general election

The “calendar of saints” arose from the early Christian custom of commemorating each martyr annually on the date of their death. Their martyrdom was seen as their ‘birth into heaven’ known in Latin as the martyr's dies natalis or ‘day of birth'. The C4th bishop St. Martin of Tours is said to be the first non-martyr to be venerated as a saint. Such saints were often given the title "confessor" as they had confessed their faith in Christ by following a holy life rather than by death through persecution. Hence, our C11th King Edward became known as ‘the Confessor’, a saint who had died a natural death. Edward the Confessor had died on 5th January so on canonisation in 1161 this became his feast day.

The number of saints had increased dramatically by the C13th and eventually every day of the year was associated with at least one saint. As the various Christian jurisdictions parted ways theologically inevitably different calendars began to develop. Following the Reformation and the split with Rome one church's saint could, of course, be another church's heretic! Over time to cope with an overloaded calendar some saints were moved to alternative days or indeed disappeared altogether. This has resulted in some saints having different feast days. Today the General Roman Calendar contains only a selection of the saints for each of day of the year. A more comprehensive list can be found in the Roman Martyrology which includes lesser-known saints celebrated now only locally. In the Eastern Orthodox Church the calendar of saints is called a Menologion.

In the Roman Catholic Church feast days vary in religious importance. In descending order they can be ranked as solemnities, feasts and memorials. Memorials commemorate a saint and St Nicholas’s feast day on 6th December is a memorial. In the Church of England, there are Principal Feasts and Principal Holy Days, Festivals, Lesser Festivals and Commemorations with Christmas a Principal Feast.

The next meeting of the Linton & District History Society is on Wednesday 7th December in Linton Village Hall. Roger Williams will talk on ‘The Music Hall’. Doors open at 7 for a 7.30pm start. Non-members £3. All are very welcome.