Wyedean Rally returns to the Forest of Dean in 2016 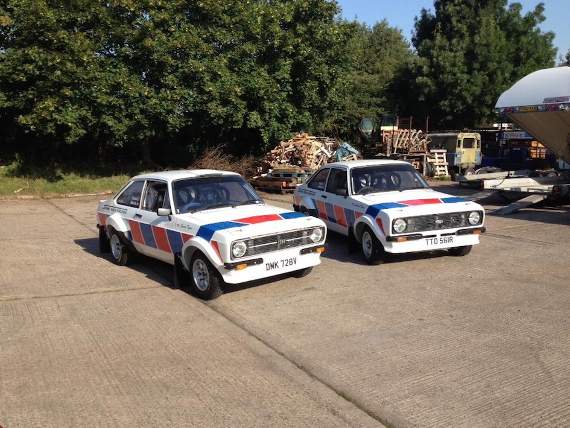 The Forest of Dean Motor Club has been overwhelmed with the number of entries for the 2016 Wyedean Stages Rally to be held on Saturday November 12th.

The new look event will be based in the Forest of Dean after many years at Chepstow Racecourse.

The start, finish and service area are all within the Vantage Point site at Mitcheldean with close proximity to the Forest, offering competitors six special stages and some 40 miles of the best gravel roads in the UK. The organisers hope the move will also be a welcome boost for local businesses at a quiet time of year.

Having been part of the BTRDA National Rally championship for 32 years, this local rally was left out of the 2016 calendar so the decision was taken by the Club to move back to the November dates of the mid-seventies, but retaining its Welsh Championship status along with various regional series.

Event Regulations was released on Friday, September 23rd and the club is delighted at the number of entries already received, proving yet again how popular the Wyedean is.

For all details about the Wyedean Rally visit www.wyedeanstages.co.uk

There has long been a very strong rallying link between Winner Garage and the Wyedean dating back many years. Managing director, Bob Morgan, and fellow director, Adrian Williams, have competed on the Wyedean for many years. Bob has started 30 Wyedeans, with fifth overall his best result which was in 1996. He was in a Sierra Cosworth, and was holding second overall for most of the day until lack of spotlights in the dark saw him drop back. For 12 of his Wyedean starts Adrian has been in the co-driving seat. Adrian, who started out working with Bob in 1983 at Gordon Watson Cars before joining Winner Garage, is no mean driver himself, having spent years behind the wheel of a Sierra Cosworth. His best Wyedean result was finishing ninth in 1998 with Darren Clements co-driving.

Adrian said:?“Its a privilege for us to be associated with one of Britain’s top rallies with its long and illustrious history, and we will be supporting the new organising team all the way.”