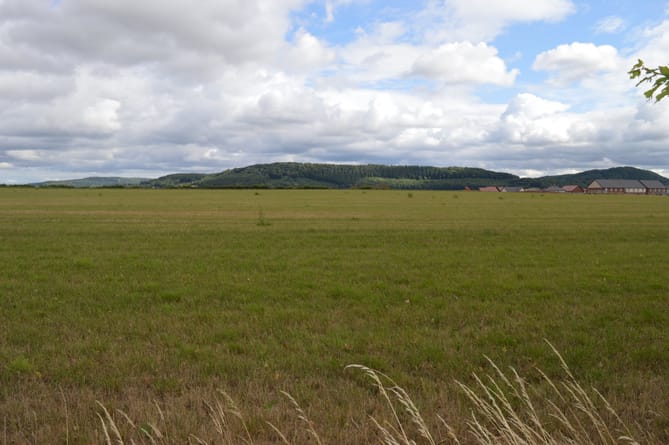 A letter from the town council to Herefordshire Council slammed the Place Shaping Consultation for Ross-on-Wye, citing a number of reasons including climate change and harming the natural landscape.

Herefordshire Councillor for East Ward Paul Symonds said that he concurs with the town council position and as responded to the Core Strategy Consultation accordingly.

He added: “My only additional point was that any additional housing for Ross should be conditional on delivery of employment land at Model Farm, area 2, and Broadmeadow, area 4, in order to maximise local employment opportunities for future residents. The jobs must be here before houses are built to minimise the carbon impact from commuting.”

Autumn spruce-up for a number of Ross roads

Councillor for West Ward Louis Stark said: “I would particularly stress that putting 1,500 additional homes in Ross would go against Herefordshire County Council’s ambitions to encourage active travel measures and their net zero carbon ambitions for Herefordshire. A combination of excellent road connections, but no railway station, inevitably means that the majority of those additional houses are likely to be filled by commuters and some long distance at that. This is because only so many can work from home and we are unlikely to see an expansion in local jobs to absorb that number of working incomers.”

Views have largely been echoed by Gazette readers, with most saying that the town lacks the infrastructure and public services to deal with the increased population. “Think we have enough new homes going up around Ross, what about doctors, schools, supermarkets, traffic on the roads, things for youngsters and teenages to do, it’s just not right. We don’t need anymore houses,” said resident Simon Dobson.

Andrea Gilbert said: “We don’t need anymore houses what we do need are schools, doctors, NHS dentists, supermarkets, and all these new people to support the local shops, and perhaps put the bus services, that have recently been cut, back on.”