Another trophy for Andy 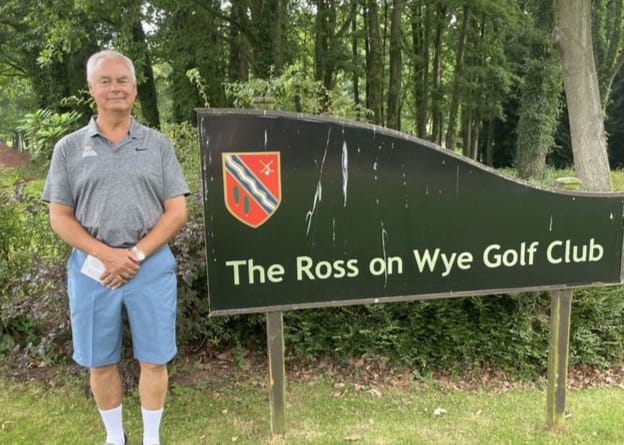 Since joining Ross Golf Club in 2019, having experienced for many years, what he describes as a meagre golfing career, Andy Moszczynski achieved further major honours board recognition in recently winning the club’s annual Burn Trophy, adding to the Ernest Penn Trophy he won in June 2021.

Ladies are showing lots of drive

Andy’s winning 42 stableford points score meant that Paul Vitale had to settle for second place with 40 points followed by Simon Mills’s 39, with the top 8 players qualifying for the quarter-finals of the annual Len Weston Cup. This has since resulted in Simon reaching the Final on Sunday September 18.

A few days after his runners-up near miss in the Burn Trophy, Paul Vitale was able to maintain his momentum playing with his dedicated golfing pal Steve Gwilliam. With 55 pairs taking part Paul and Steve performed wonders in the annual Captain’s Prize better-ball medal hosted by Sally Fycun. With 4 birdies in their gross 76, nett 60 medal round Paul and Steve won the day’s top prize by miles despite having somehow construed to shed 4 shots to par on their last two holes. The runners-up were Antony Graham/John Hartle with nett 66 and a host of nett 67’s which included Kate Bibby/Timmy Fycun, Justin Halfpenny and in form Simon Mills, Mike Bradburn/Stephen Gregory, James Berry/Terry Kefalas and Harold Beach/Dave Griffiths.