Marking 250 years of tourism in Ross-on-Wye 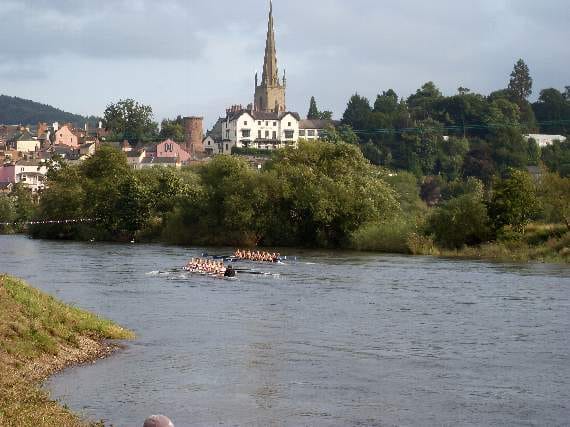 Gilpin put Ross and the Wye Valley on the map. He wrote detailed notes of his journey which he published with illustrations in 1782. The original print run was 700 copies. It was so popular, however, that over the next few decades it was reprinted many times. The title he gave it was a long one “Observations On The River Wye And Several Parts Of South Wales, Relative Chiefly To Picturesque Beauty: Made In The Summer Of The Year 1770,” thankfully generally shortened to “Observations On The River Wye.”

As a result of this book the trickle of visitors to the area grew into a deluge and at the time it became one of the most fashionable recreational activities for the aristocracy and gentry to undertake. With them came money and employment. Visitors needed places to stay, food to eat and crewed boats to take them down the river.

Ross was the stepping off place for the boat trips, a pastime made popular by Rev. John Egerton who became vicar of Ross in 1745, aged 24. He was a wealthy young man who married in 1748, and lived in Ross for almost 30 years because he loved it so much. With many aristocratic friends and relations he frequently held house parties and took his visitors out on river trips in a specially built pleasure boat.

The Ross-on-Wye Tourism Association would like to mark this important anniversary with something special but with limited resources of money and time they are looking for support from the community. Are you part of a group that holds events that could do something special in 2020? Do you have a bit of time to give to develop a project themed around this anniversary? They would love to hear from you. You can email the Ross-on-Wye Tourism Association [email protected] or message the group on Facebook @VisitRossonWyeTourismAssociation